Last week's barm bread was such a roaring success that the family have been clamouring for more, so yesterday I had a day pottering about in the kitchen baking bread and making marmalade (again). I've just finished a big job, so it's quite a luxury to have a few days stretching out that I can fill with kneading and chopping and bubbling and baking. I thought that for breakfast today I'd finish off the bread, toasted, with some of the pink grapefruit marmalade that I also made yesterday. Both bread making and marmalade-making are jobs that require a bit of coming and going over a day, so getting all the timings right and fitting it in with the school run reminded me why I am not running my own artisan bakery. Especially when I discovered that MrB had snaffled the beer I needed for the bread and replaced it with a smaller bottle that wasn't enough for the recipe. Gnash. 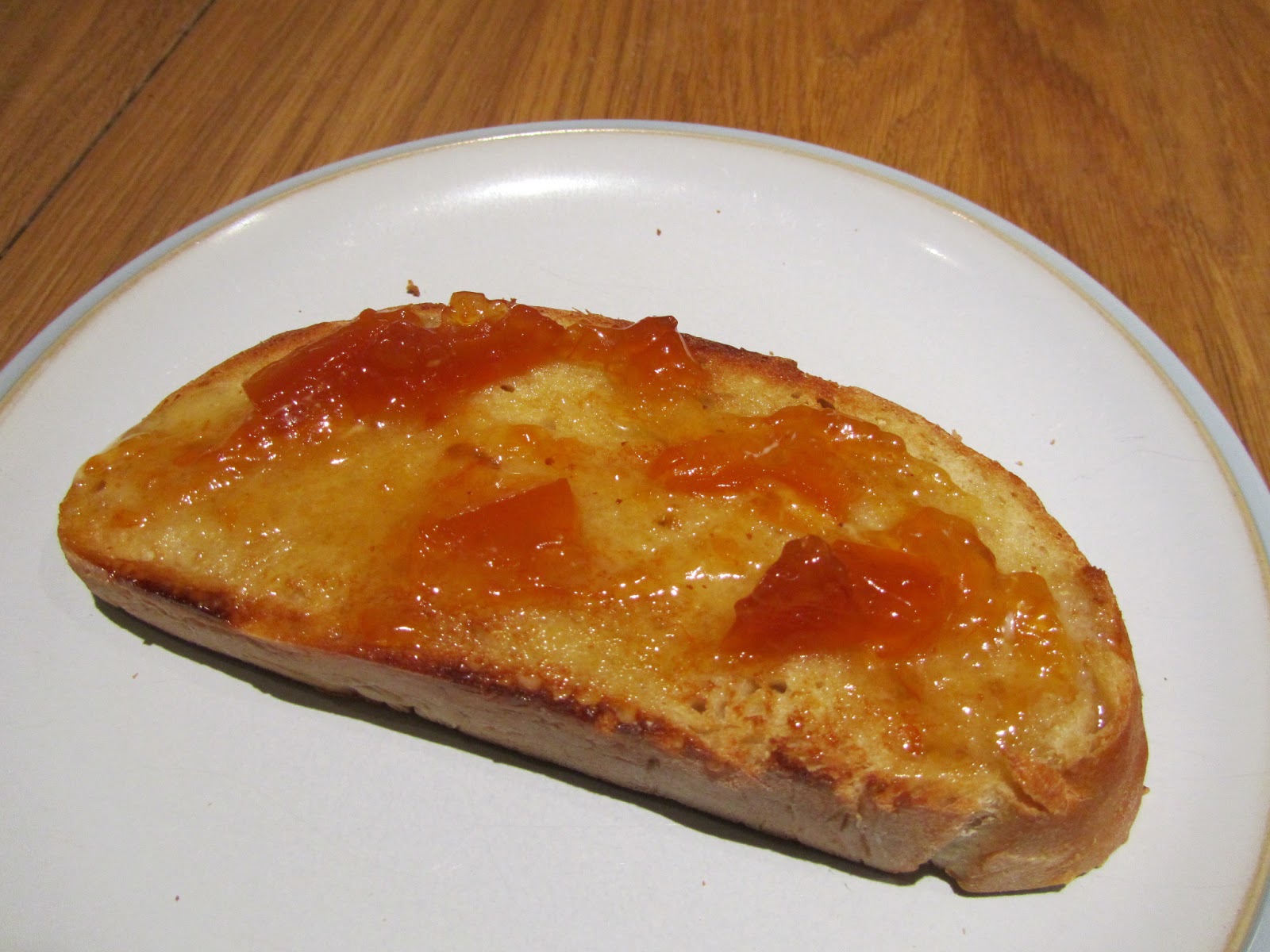 Anyway, that particular crisis resolved, I was ready for the off. This time I chose an organic ale from the Black Isle - keeping things local (well, Scottish, anyway) and the results were equally lovely.


The beery flavour was a bit less pronounced this time, but the crust was beautifully soft and chewy. I really recommend having a bash at this - it's fantastic.

When I made the Seville marmalade a couple of weeks ago, I used the whole fruit method, but this time I decided to used the sliced fruit method, which is also very straightforward. I wanted slightly more refined chunks in this, and I figured it would be easier to achieve this way. You also get a slightly clearer set by doing it this way - with the dark marmalade I usually make it doesn't matter, but I wanted to try and get something of the colour of the fruit this time. I based this recipe on one from Pam Corbin's River Cottage Preserves Handbook.

1. Wash the grapefruit, then halve and squeeze them. Put the juice in a big bowl
2. Slice the grapefruit into chunks of whichever size you prefer. and add to the bowl, with all the pithy gubbins.
3. Add 2.5l of water, cover and leave overnight.


4. Put the lot into a pan, bring to the boil and simmer for about 2.5 hours, until the peel is tender and the liquid has reduced by about a third.
5. Add the sugar and lemon juice. Dissolve the sugar completely, then bring to the boil and boil hard until you get a set (104 degrees C, or a wrinkle on a cold plate).
6. Remove from heat and leave for 10 minutes. If there's a lot of scum on the top, stir in a small knob of butter to disperse it.
7. Stir gently then put in sterilised jars and seal immediately.

The result was a lovely orange colour. I think we're talking winter sunset, as compared to yesterday's winter morning sky in a rhubarb smoothie. And it has a nice grapefruity bitterness that suits my marmalade tastes just fine.